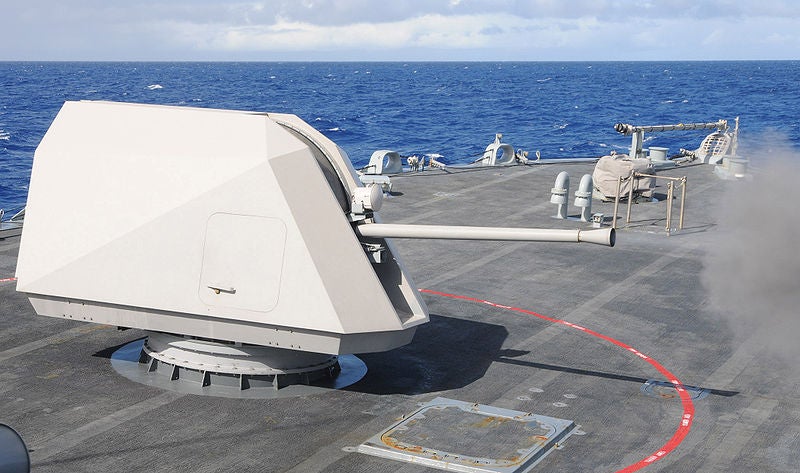 BAE Systems has been awarded a contract to deliver 57mm Mk 110 Mod 0 guns to the US Navy and Coast Guard, in a bid to provide enhanced capability to sailors that defend the country’s coastline.

Under the $20m contract, the company will supply two Mk 110 naval gun systems for installation on to the Coast Guard’s fifth National Security Cutter and the US Navy’s training facility in Dam Neck, Virginia, US, in addition to engineering support options during the next three years.

BAE Systems Weapon Systems vice president and general manager Mark Signorelli said: "The versatility of the Mk 110 provides our armed services with the ability to take on today’s expanding range of surface, airborne and shore-based threats."

Capable of quickly switching between different optimised ammunition, the fully automatic gun system can fire up to 220 rounds a minute at a distance of up to 10.5 miles.

Work is scheduled to be carried out at Kentucky, Minnesota, the US and Sweden, while delivery is expected to be completed by December 2014.

The multimission 57mm Mk 110 Mod 0 naval gun system is a medium-calibre shipboard weapon designed to deliver high rates of accurate fire against threats, such as those which are surface, airborne and sea-based.

More than 19 Mk 110 guns have been developed and delivered by BAE to the US Navy and Coast Guard.

Currently, the US Coast Guard’s offshore patrol cutters, as well as the US Navy’s Littoral Combat Ship, are equipped with 57mm Mk 110 naval guns.