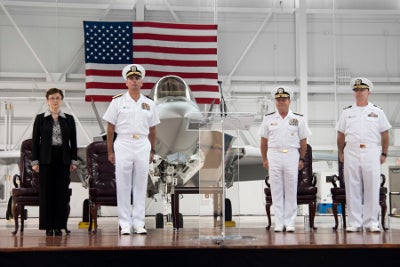 The US Navy and the 33rd Fighter Wing at Eglin Air Force Base, Florida, have hosted a launching ceremony of new F-35C Lightning II carrier variant on the Emerald Coast.

VFA-101 Grim Reapers Squadron will fly the Navy’s new aircraft, Lockheed Martin F-35C, to execute the mission of training pilots and sailors to fly and service the aircraft fleet.

The stealth, sensors and communication systems in the new carrier variant will allow Grim Reapers to prepare sailors to fly and maintain the F-35C safely at sea.

"The F-35C will enhance the flexibility, power projection, and rapid response of carrier air wings and joint task forces for decades to come," Martin added.