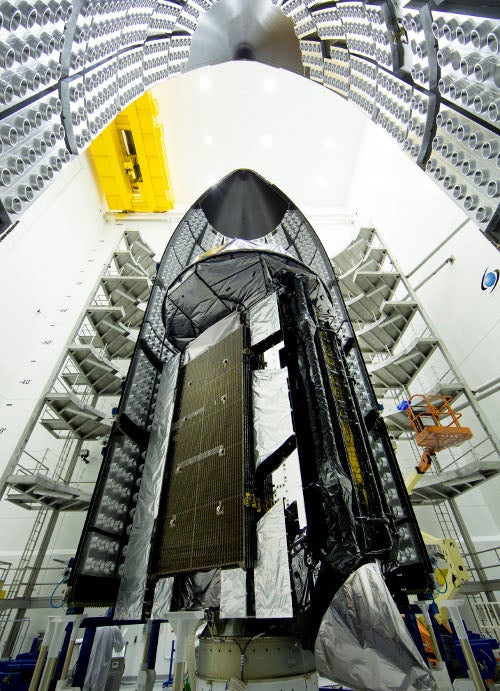 The MUOS narrowband satellite communication system constellation comprises four satellites and an on-orbit spare, in addition to four ground stations, to provide users with worldwide coverage and the ability to connect anywhere worldwide.

The full operational capability of the MUOS constellation is scheduled to be achieved in 2015 and will extend narrowband availability beyond 2025.

Since its launch in 2012, the navy’s first MUOS satellite has offered voice communications for users, and terminals, which are already testing using the advanced payload that enables data exchanges.

Lockheed is the prime contractor and system integrator, while the US Navy’s Program Executive Office for Space Systems and its Communications Satellite Program Office is responsible for the MUOS programme.