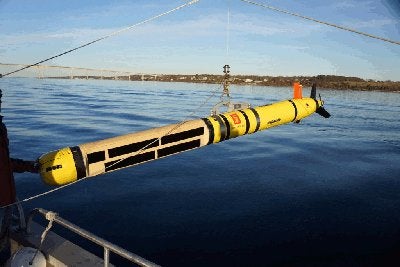 Significant amounts of InSAS data in Narragansett Bay and Block Island Sound were collected by the NUWC and Kraken against targets during the 26 AUV missions trials.

The AquaPix InSAS validated its high-resolution imagery generating capability to ranges as distant as 200m from the sensor, and also proved REMUS 600 AUV’s suitability for hosting an AquaPix InSAS sensor.

During the trials, the bathymetry generated by the sonar correlated with corresponding SAS imagery and compared with bottom maps gathered from an independent bathymetric survey.

"The CRADA with NUWC was an important test and evaluation of our AquaPix imaging sonar."

Kraken president and CEO Karl Kenny said: "The CRADA with NUWC was an important test and evaluation of our AquaPix imaging sonar."