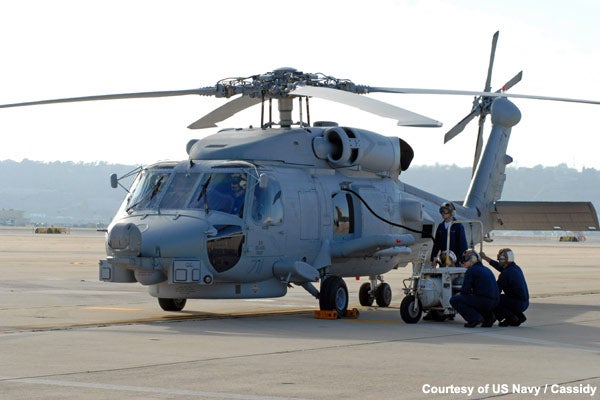 The US Naval Air Systems Command (NAVAIR) has released a formal request for information (RFI) to industry partners seeking responses on possible replacement options for its MH-60 Seahawk helicopters.

The RFI has been issued in support of a capabilities based assessment (CBA) of MH-60 Seahawk helicopter, which will be carried out by the NAVAIR Warfare Analysis and Integration Department (AIR 4.10) under request from the Director for Air Warfare.

Scheduled to start in 2028, the CBA will determine capability gaps that could occur with ageing and expected retirement of the MH-60 Seahawk helicopters, as reported by Shephard.

Performed within the framework of ‘an increasingly sophisticated near-peer threat’, the study will help determine the helicopter’s supported mission areas across a broad spectrum of environments and conditions.

The RFI has also invited proposals from manufacturers to provide information on ship-based, maritime helicopter key capabilities in the next 12 years.

"The study will help determine the helicopter’s supported mission areas across a broad spectrum of environments and conditions."

Meanwhile, a market research is also being conducted by the AIR 4.10 in support of the CBA to gather feedback from the industry focusing on potential capabilities and timelines for development programmes, to bridge the identified gaps in MH-60 supported mission areas.

Additional information on the expected operational environment, major maritime-centric capability gaps and insights from CBA will be provided during the classified industry day, scheduled to be held on 7 May in Maryland, US.

The MH-60R is an anti-submarine (ASW)/anti-surface warfare (ASuW) multi-mission helicopter that can be deployed to support utility and vertical replenishment missions, maritime security and counter-drug operations.

Image: An MH-60R helicopter stationed at a base. Photo: courtesy of US Navy/Cassidy.