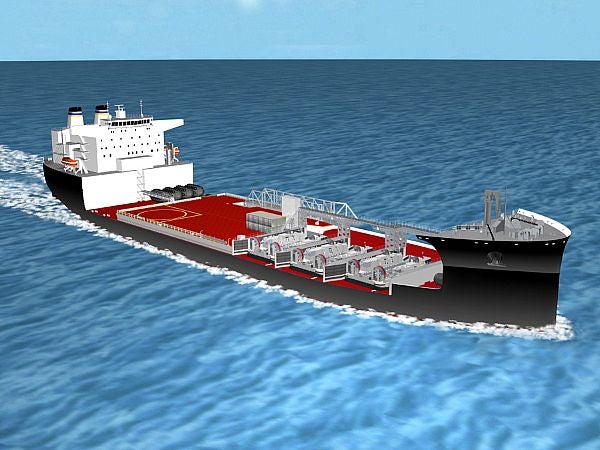 The US Navy’s first ship of the mobile landing platform (MLP)-class, the future USNS Montford Point (MLP 1), has been launched at General Dynamics (GD) NASSCO shipyard in San Diego, California.

GD NASSCO was awarded a contract earlier for the construction of three MLP ships to enhance the capabilities of the Maritime Prepositioning Force squadrons to enable rapid response in the event of a crisis.

"By remaining at sea as floating logistics support bases, these ships enhance the independence of US forces to operate near global hot spots without entering their ports."

The 785ft-long, 50m-wide MLP auxiliary support ships have been designed to serve the US Navy and Marine Corps as a transfer station or floating pier at sea to deliver equipment and cargo from sea to shore or when access to other bases is denied.

Military Sealift Command Pacific deputy commander Tim McCully said the MLP class of ships would fill a critical role in enabling safe and effective delivery of US forces around the world using mobile, sea-based strategies in areas where secure harbour facilities ashore are not readily available.

"By remaining at sea as floating logistics support bases, these ships enhance the independence of US forces to operate near global hot spots without entering their ports," McCully said.

The second and third MPL-class ships, the USNS John Glenn (MLP 2) and USNS Lewis B Puller (MLP 3), are currently under construction at NASSCO.

USNS Montford Point is expected to achieve full operational capability in 2015 following its delivery to the US Navy in May 2013.

The vessel is scheduled to be christened in March 2013.