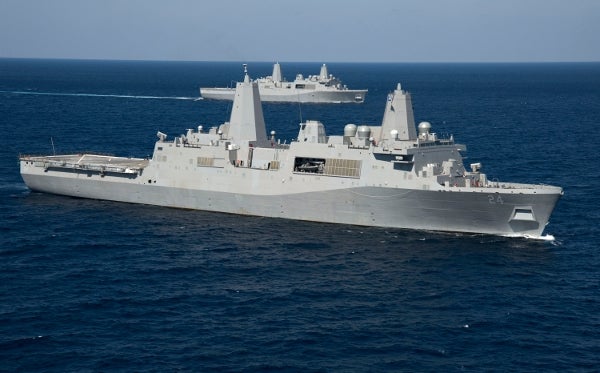 The US Navy’s eighth San Antonio-class amphibious transport dock ship, Arlington (LPD 24), has successfully completed sea acceptance trials (SAT) in the Gulf of Mexico, marking a step towards its delivery.

More than 200 demonstrations took place during the three-day trials, with the ship’s systems evaluated by the US Navy’s Board of Inspection and Survey (INSURV).

The trials involved testing of a variety of systems, such as main propulsion engineering and ship controls, combat and communications, as well as damage control.

"More than 200 demonstrations took place during the three-day trials, with the ship’s systems evaluated by the US Navy’s Board of Inspection and Survey.”

Capable of carrying a crew of up to 800 while cruising at a speed of 22k, LPD 24 can transport air cushion (LCAC) or conventional landing crafts, as well as helicopters and the Osprey tilt-rotor aircraft.

The LPD 17-class ships will replace more than 41 vessels currently in-service with the US Navy, including the Austin-class (LPD 4), Anchorage-class (LSD 36), Charleston-class (LKA 113) and Newport-class (LST 1179) of amphibious ships.