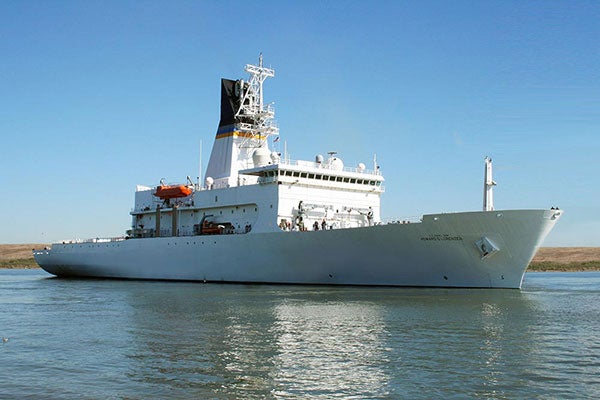 Raytheon has demonstrated full power and satellite tracking capability of the US Navy’s X and S-band active phased-array antennas for the first time, as part of the Cobra Judy replacement (CJR) programme.

During a testing onboard the USNS Howard O Lorenzen (T-AGM 25), the dual-band radars not only demonstrated full-power radiation capability but also tracked satellites under the control of the CJR common radar suite controller.

Testing marked two significant milestones for the programme, while meeting critical performance requirements to move ahead with the ongoing system integration.

Shipboard installation of CJR mission equipment was completed by the company in late-2011 at Kiewit Offshore Services (KOS), Texas, US, to provide long-loiter ballistic missile data collection capability for the US Government.

"These operational successes validate the exceptional design of these radars and significantly advance our progress toward completing integration."

The dual-band radar suite includes a common radar controller and other related mission equipment, as well as X and S-band phased-array sensors.

Work will be carried out at Raytheon’s facility at Massachusetts, Northrop’s premises y in Maryland and at KOS, Texas; it is scheduled to be delivered in 2013.

VT Halter Marine-built USNS Howard O Lorenzen ship has been designed to track, monitor and collect the data of all missile launches and weapon tests carried out, while providing critical information to the US designers of arms.