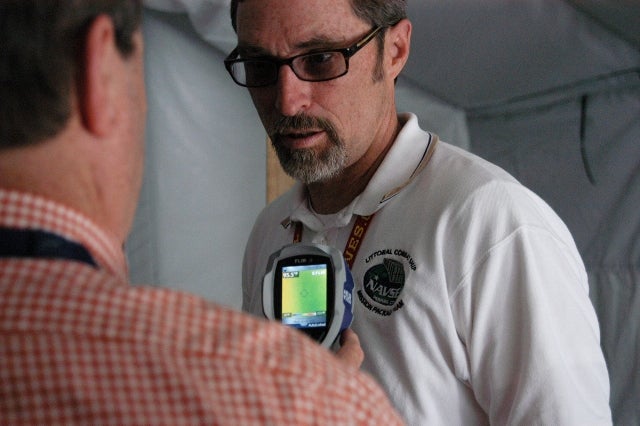 NSWC Panama City engineers were asked by the US Marine Corps Systems Command to reduce the energy consumption of combat operations centres, which are mobile, modular command and control centres designed to support deployed marine units.

Following analysis, MCSC and NSWC Panama City leaders noted that the shelters were using almost 70% of all energy to heat and cool down, so that is where the team focused their efforts.

During the trial, NREL conducted the modelling while the NSWC Panama City performed the validation testing; the model provided predictions which varied from the measured temperatures by less than 1°C over the span of several days and validated its accuracy.

"It would allow field units to predict supply needs before deployment."

"We measured pieces of equipment within a shelter that might be used in an operational environment such as computers, monitors, and lights," Gorin said.

Gorin also said the team was seeking hybrid energy systems, which can use the generators efficiently for the US Marines and Army.

Currently, the energy team is analysing hybrid power systems alternatives which could lead to the development of new power system for the US Marine Corps.