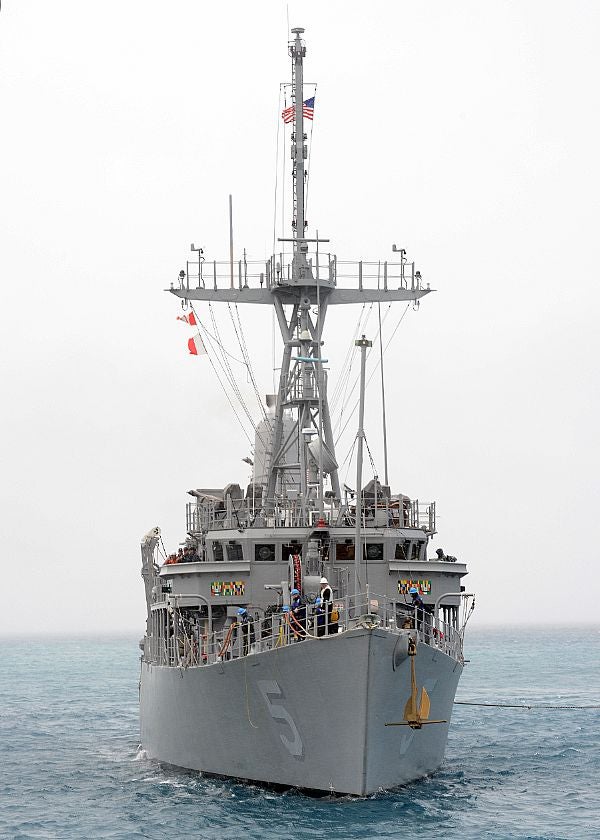 The US Navy has decommissioned the Avenger-class mine countermeasure ship USS Guardian (MCM 5), at Naval Base Sasebo, Japan, drawing a close to its 23 years of service.

Launched in June 1987, USS Guardian will be disassembled in sections due to its beyond economical repair condition after it went aground on Tubbataha Reef near the Philippines in January this year.

The ship played a significant role in conducting several mine neutralisations and search-and-rescue missions in the Arabian Gulf for the navy.

"The ship played a significant role in conducting several mine neutralisations and search-and-rescue missions in the Arabian Gulf."

Commissioned in 1989, USS Guardian was first deployed in Sasebo in 1996, and also conducted theatre security cooperation missions throughout the US 7th Fleet area of responsibility (AOR).

In addition to performing crew swap to establish standards, the ship participated in several bi-lateral exercises with Japan and the Republic of Korean navies.

Capable of accommodating a crew of 80 including officers, the Marinette Marine and Peterson Shipbuilders-built Avenger-class ships feature sonar and video systems, cable cutters and a mine detonating device.

Designed to clear mines from vital waterways, the vessels are also capable of performing conventional sweeping measures, as well as classifying and destroying moored and bottom mines.

Guardian will be replaced by USS Warrior (MCM 10) mine countermeasure ship, which will remain deployed to the US 7th Fleet AOR.