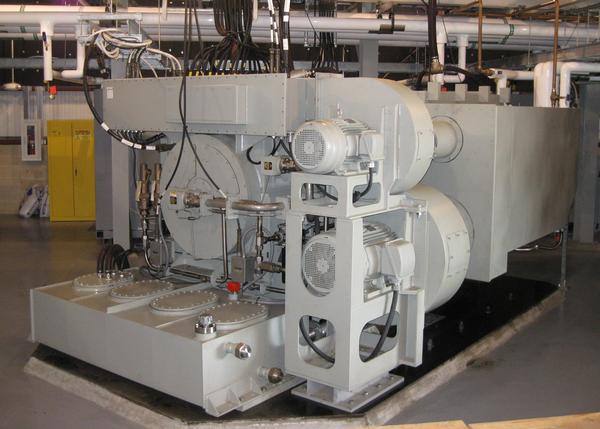 During testing, the EMALS team used the ship-representative controls lab and launched dead-loads or weighted sleds to demonstrate simulated generator-sharing for multiple catapults.

EMALS integrated team lead George Sulich said: "It is important that we ensure proper sharing and operation of the generators at the land-based facility prior to testing the full four-catapult system onboard CVN 78, reducing risk to the ship.

"By using the lab before we started formal testing, we were able to groom the software so that during commissioning testing we weren’t really discovering anything new."

"By using the lab before we started formal testing, we were able to groom the software so that during commissioning testing we weren’t really discovering anything new."

Comprising six subsystems that work jointly and sharing components to power the four catapults on the ship, EMALS’s motor generator is capable of storing up energy in its rotor and when the aircraft launch is initiated it frees that energy.

Enabling smooth acceleration at high and low speeds, the system’s technology increases the carrier’s ability to launch both lightweight unmanned aircraft and heavy strike fighters in support of troops.

The first CVN 78-class aircraft carrier, USS Gerald R Ford, is 1,092ft-long and has a full-load displacement capacity of around 100,000t.

EMALS had completed the functional demonstration phase in November 2012.