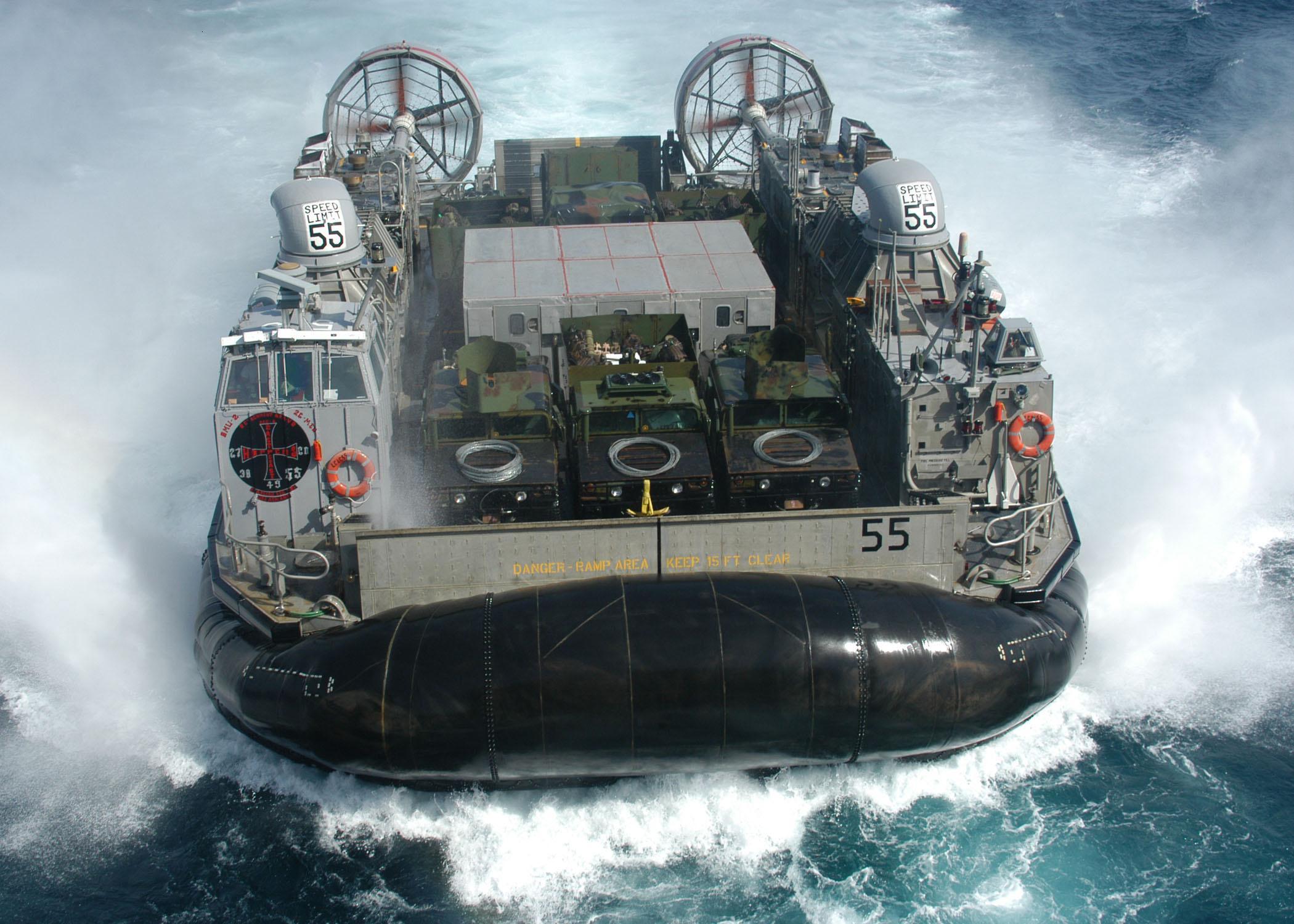 The US Navy has completed this year’s final alternative fuel demonstration of the 50/50 blend of hydro-treated renewable diesel derived from algae oil and petroleum F-76 in a landing craft, air cushion (LCAC) amphibious transport vehicle.

The ship reached 50 knots during the operational tests carried out in the Gulf of Mexico, marking the top maritime surface craft speed achieved on algal fuel blend to date.

The fastest speed achieved on the 50/50 algal blend during the earlier tests was 44.5 knots by a Riverine Command Boat (experimental) (RCB-X).

During the tests, LCAC has received 5,000gal of the biofuel after draining the diesel and the engine performance capabilities on the biofuel blend were assessed.

NSWC Carderock’s Naval Ship Systems Engineering Station mechanical engineer Ben Canilang said that the engine performance assessment would be performed on the straight diesel and on the 50/50 bio fuel mix.

The US Navy has proved that more than 50 knots on the water and Mach 1.7 in the air can be achieved on biofuel blends thereby reducing its petroleum footprint.

The LCACs, also known as hovercraft, are designed to transport weapons systems, equipment, cargo and personnel of the assault elements of the Marine Air/Ground Task Force.

The ship features four gas turbine engines, two generators and carries up to 150,000lb with an average range of 200nm and a fuel capacity of 7,000gal.

The demonstration supports the Navy’s target to demonstrate a Green Strike Group by 2012, and deploy a strike group composed completely of alternatively powered ships by 2016.