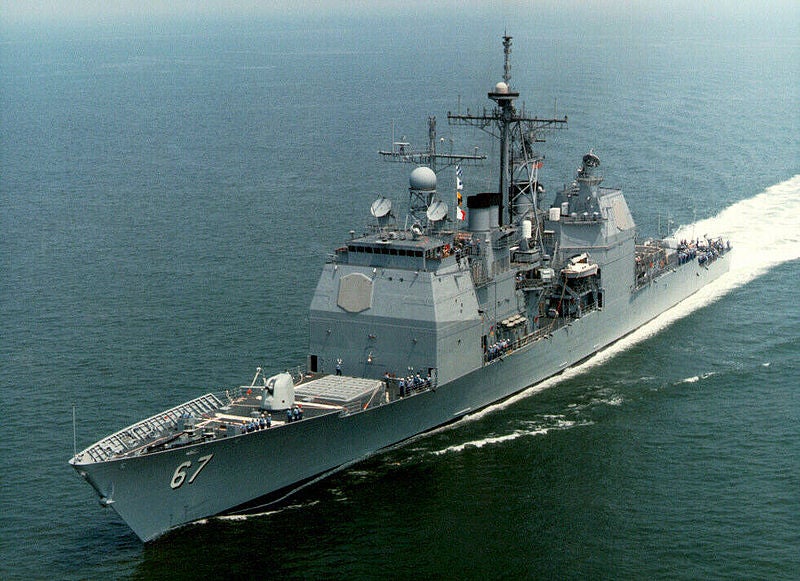 Lockheed Martin’s new Aegis ballistic missile defence (BMD) system 4.0.1 configuration upgrades have been certified by the US Navy, marking a milestone in the evolution of the Aegis system.

"It is the first step toward a fully open architecture that enables systems to be upgraded faster and at a lower cost," Bucci added.

The US Navy’s Ticonderoga-class guided missile cruiser, USS Shiloh (CG-67), home ported in Yokosuka, Japan, will be the first ship to be upgraded with the new BMD 4.0.1 configuration.

Designed to defend against airborne threats, the Aegis weapon system is a surface-to-air integrated weapons platform and is also used by the navy as a tactical radar defence and fire-control system.

Aegis-equipped ships are multi-mission surface combatants, to be equipped with SM-3 missiles, which can simultaneously attack land targets, submarines and surface ships while automatically implementing defenses to protect the fleet against aircraft and missiles.

About 27 Aegis BMD-equipped ships are currently available for operational deployment, of which 23 belong to US Navy and four are Japanese destroyers.

The US Navy has more than 100 SM-3 missiles available for loading on these ships.

Image: USS Shiloh (CG-67) will be the first ship to be upgraded with the new BMD 4.0.1 configuration. Photo: Makthorpe.