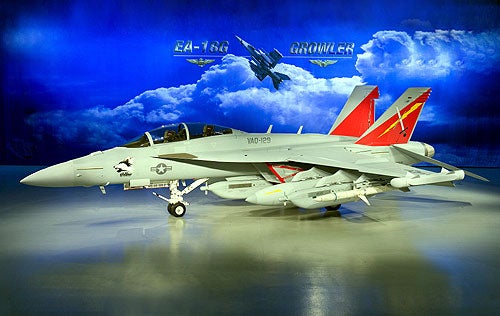 The US Navy and Boeing have successfully demonstrated the EA-18G Growler aircraft's upgraded sensor system and new data network, during the Navy's fleet experimentation campaign held at the Patuxent River Naval Air Station in Maryland, US.

During the trials conducted to assess how aircrews can use enhanced technologies to locate threats more quickly and accurately, the airborne electronic attack (AEA) aircraft successfully demonstrated its targeting capabilities.

"The result is a more capable EA-18G that is better able to control the EA spectrum," Morley added.

The US Navy is planning to incorporate the new technology, which allows targeting data sharing for aircrews in real time, into deployed EA-18G Growler aircraft in 2018.

Developed to replace the US Navy's aging EA-6B Prowler aircraft which entered service in 1971, the Growler aircraft is a derivative of the two-seat F/A-18 Hornet and is used to conduct electronic attack (EA) and suppression of enemy air defences (SEAD).

Capable of operating from either an aircraft carrier or from land bases, the Growler aircraft is armed with AIM-120 advanced medium-range air-to-air missiles (AMRAAM) and AGM-88 high-speed anti-radiation missiles (HARM).

Boeing will work in partnership with Northrop Grumman, Harris, L-3 Communications and Rockwell Collins alongside the US Navy to upgrade the aircraft fleet with the advanced technologies.