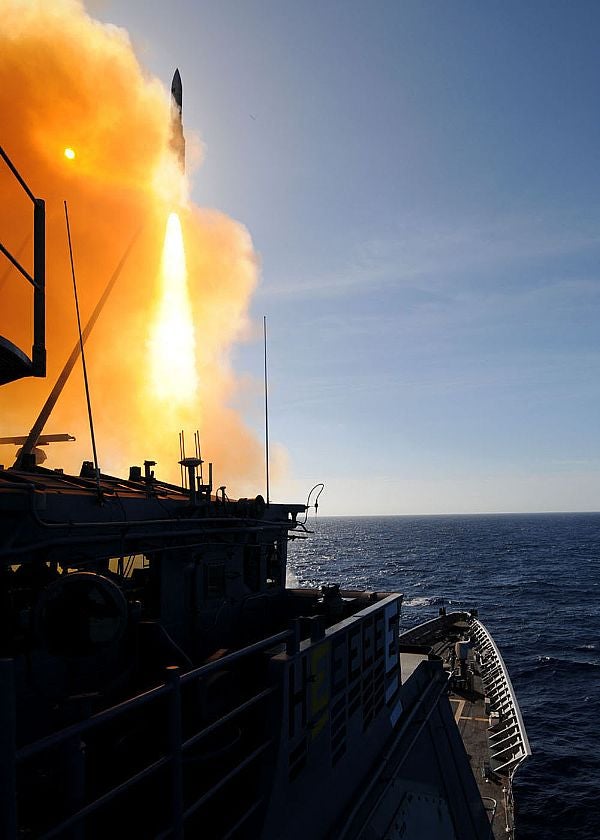 Raytheon has been awarded a follow-on contract by the US Navy to develop and deliver Standard Missile-2 (SM-2) all-up rounds.

Raytheon Missile Systems SM-2 and SM-6 production senior director Michael Campisi said: "The SM-2 production line is open for all our allies’ requirements, and there will be full mission support available throughout the lifecycle of this critical asset."

"The SM-2 production line is open for all our allies’ requirements, and there will be full mission support available throughout the lifecycle of this critical asset."

The US Naval Sea Systems Command will serve as the contracting recipient, while the latest contract brings the total 2011 fiscal year value to more than $200m.

Capable of providing protection from a wide range of advanced threats, the SM-2 air defence weapon is deployed by the US Navy and eight allied navies with Aegis and non-Aegis combat weapon systems.

Designed for launch from MK-41, MK-13 and MK-26 launchers to strike against advanced anti-ship missile threats, the missile provides high and low-altitude intercept capabilities and has undergone more than 2,500 successful validation flight tests.

The SM-2 weapon is expected to continue to protect navies worldwide, while serving as a primary surface-to-air fleet-air defence weapon of choice for the foreseeable future.

Work will be carried out across the US and in the Netherlands.