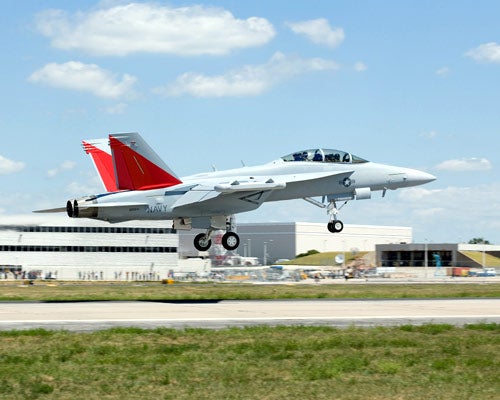 The US Navy has placed an order with Raytheon for developmental efforts in support of the technology development (TD) phase of the next-generation jammer (NGJ) programme.

Under the $279.4m 22-month cost-plus-incentive-fee contract, Raytheon will design and build critical technologies for the NGJ pod, which will replace the aging ALQ-99 tactical jamming system onboard the US Navy’s EA-18G Growler electronic-attack aircraft.

The company will also demonstrate required capabilities and crafting a design, which will be tested onboard the Growler aircraft during the four and half-year engineering and manufacturing development phase.

Scheduled to enter service in fiscal 2020, the NGJ will provide increased jamming capabilities to the US troops, needed to sustain the future missions.

"The NGJ will provide increased jamming capabilities to US troops."

The EA-18G Growler aircraft, a replacement for the US Navy’s ageing EA-6B Prowler aircraft is armed with the AIM-120 AMRAAM advanced medium-range air-to-air and AGM-88 HARM high-speed anti-radiation missiles.

Expected to be complete in May 2015, work under the contract will be carried out at the company’s US facilities in California, Indiana, Texas, Utah, Arizona, Virginia, Mississippi and Massachusetts.