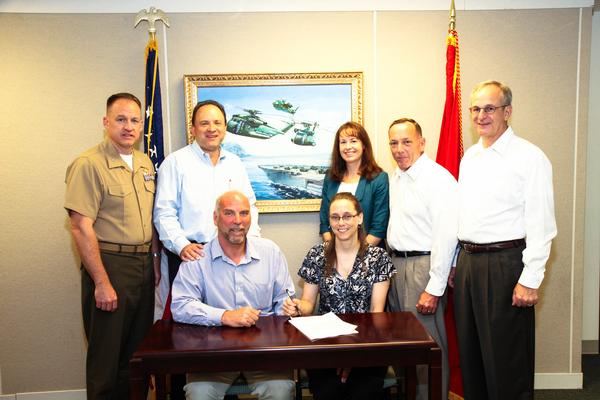 The US Naval Air Systems Command (NAVAIR) has awarded a contract to Sikorsky Aircraft to supply four production-representative CH-53K heavy lift helicopters for the US Marine Corps (USMC).

Under the $435m cost-plus-incentive modification contract, Sikorsky will develop four CH-53K system demonstration test article (SDTA) aircraft for use by the USMC to test during operational evaluation.

"We are well on our way to making the CH-53K a reality for our marines and our naval fleet," Pridgen added.

"We are well on our way to making the CH-53K a reality for our marines and our naval fleet."

Capable of carrying more than 27,000lb of external load in extreme weather conditions, the CH-53K helicopters are being developed to replace the existing CH-53E Super Stallions in 2019.

Sikorsky CH-53K programme vice-president Dr Michael Torok said: "The four SDTA aircraft are based on the configuration of the fourth and final flight test aircraft currently being assembled on the prototype production line."

The first CH-53K SDTA aircraft is scheduled to be delivered in 39 months while the last in by the end of March 2017, with the USMC then starting the operational evaluation.

Final assembly work of the SDTA aircraft will be conducted at the company’s Florida assembly and flight operations facility in West Palm Beach, US.