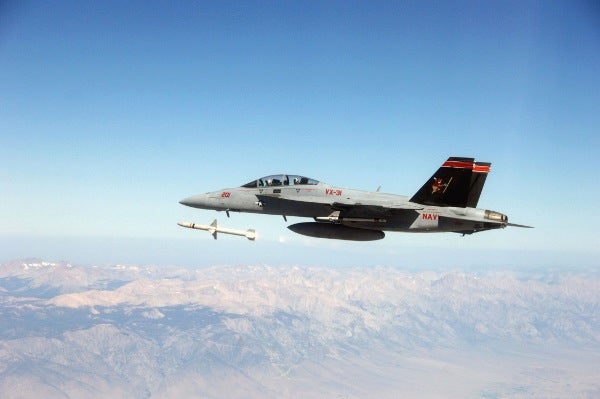 The US Navy has approved full-rate production (FRP) of the advanced anti-radiation guided missile (AARGM) for enhancing firepower capability of troops on the battlefield.

The medium range missile, AARGM underwent initial operational test and evaluation (IOT&E) in spring this year and validated its capability, following which the programme completed aircrew and maintenance training in the field in June.

The supersonic air-launched tactical missile has also completed 12 live test fires and flown a total of 633 flight hours on F/A-18C/D/E/F/G platforms, which were conducted jointly by PMA-242 team members, Air Test and Evaluation Squadron VX-9 and VX-31, at China Lake, California, US.

"AARGM is designed to increase our warfighting capabilities in neutralising enemy air defences and will provide aircrew with an additional tool for the suppression and destruction of enemy air defence missions."

"AARGM is designed to increase our warfighting capabilities in neutralising enemy air defences and will provide aircrew with an additional tool for the suppression and destruction of enemy air defence missions," Reed added.

The US Navy is planning to sign a FRP contract with ATK to develop and deliver 72 missiles for the service, as well as nine missiles for the Italian Air Force later this year, while delivery is likely to take place in late 2013.

The first forward-deployed unit to begin operations with AARGM will be a US Marine Corps F/A 18 squadron.

AARGM, an upgraded version of the AGM-88 HARM system, is capable of engaging traditional and advanced enemy air defence threats, as well as non-radar time-sensitive targets.