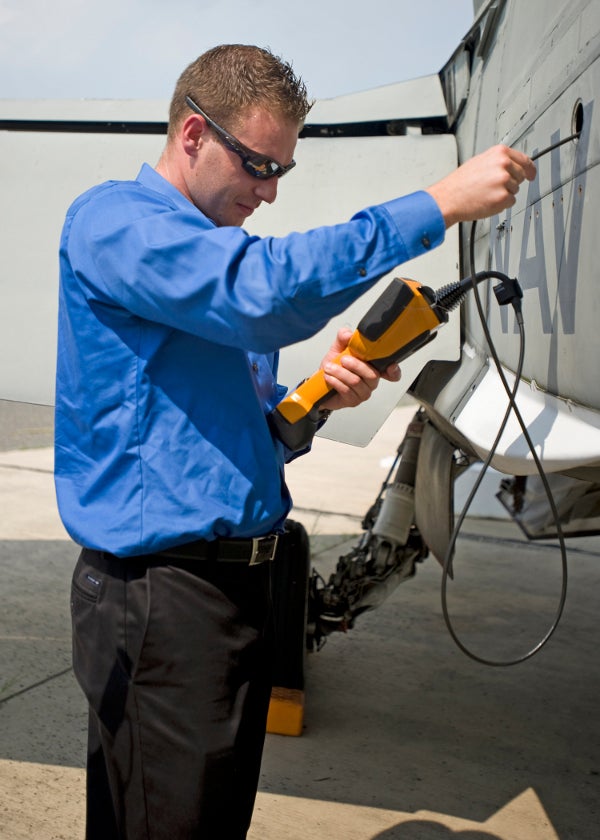 The US Navy has developed a new device, the common video borescope set (CVBS), to inspect serious cracks, corrosion and other debris present on interior engine components and airframes of all aircraft belonging to navy and Marine Corps.

"Instead of taking the engine apart, the video borescope allows inspectors to look into the jet engine, saving time and energy."

Delivering several benefits over previous versions, the CVBS is a naval modified version of a commercial product that features a 2m-long, flexible, insertion tube to capture photos and video images on a 3.7-inch colour screen and a joystick for a 360-degree view from the device’s insertion tube.

In addition to providing commonality to the fleet, the borescope also provides real-time digital images and video for examination, while increasing efficiency and effectiveness of navy’s inspection procedures.

"The CVBS improves equipment survivability and reliability while providing enhanced capability. The programme achieves cost-wise readiness at less than 50% of the CVBS programme’s cost objective and at only 31% of the cost of sustaining legacy system requirements," Donohue added.

The device has already been approved for production and delivery to the fleet in May 2012.

With plans to purchase up to 960 CVBS units, each unit is priced at $15,000, the new device is scheduled to be delivered to navy and USMC in September 2012, which also marks it initial operational capability.