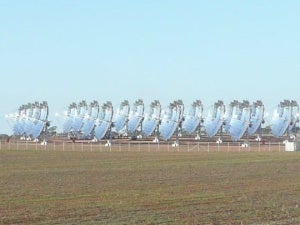 The US Naval Air Systems Command (NAVAIR) has awarded a contract to Cobham to provide the AN/ALQ-99 low band transmitter-antenna group (LBT-AG) for installation on the Navy and Marine Corps’ EA-6B Prowler and EA-18G Growler aircraft.

"Activating this option to the fixed price contract is aligned with the Navy’s acquisition strategy, and capitalises on our expertise," Kale said.

The $39m modification contract follows the previously awarded initial firm fixed price full rate production contract to Cobham for the supply of 60 low band transmitters and an associated number of antenna assemblies in a variety of configurations.

"Activating this option to the fixed price contract is aligned with the Navy’s acquisition strategy, and capitalises on our expertise."

Developed by Cobham, the LBT is equipped on board the US Navy’s EA-6B Prowler and EA-18G aircraft and the EA-6B aircraft of the Marine Corps for use in combat operations. The LBT is specifically designed to disrupt enemy radar and communications and protect strike aircraft, ships and ground troops.

Work will be carried out by the company in Lansdale, Pennsylvania, US, and the deliveries are scheduled to be completed by August 2014.

The Boeing-built EA-18G Growler is an airborne electronic attack (AEA) aircraft, which operates from either an aircraft carrier or from land bases.