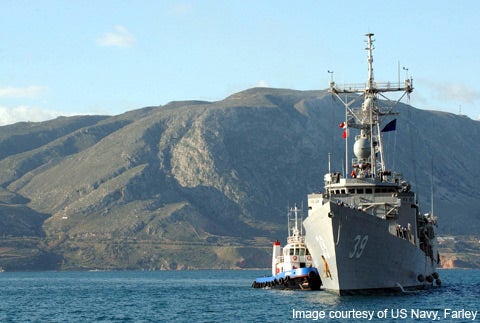 The Polish Ministry of National Defence has signed a contract with the US government to upgrade the ORP Gen. Kazimierz Pulaski (272), the Polish Navy’s Oliver Hazard Perry-class guided-missile ship.

DefenseNews reports the ministry’s Armament Inspectorate as saying in a statement that the US government will modernise the Oliver Hazard Perry-class vessel to extend its operational capacity by at least 2025, as part of the $34m worth deal.

The ship modernisation programme forms a part of the Polish military’s efforts to boost security at the country’s Baltic Sea coast.

Poland-based maritime defence companies will conduct some of the upgrade work, as part of the overhaul programme.

Powered by two GE LM 2500 gas turbine engines and driving a single shaft with a constant pitch propeller, the 133.5m-long Perry-class ships can accommodate a crew of 17 officers and 198 enlisted.

The ships have a full load displacement capacity of 4,100t and can cruise at a maximum speed of 30k.

The US Navy also transferred a second Oliver Hazard Perry-class guided-missile vessel to Poland and is currently operational with Polish Navy.

ORP Gen. Kazimierz Pulaski, which was transferred to Poland Ministry of National Defence from the US government in March 2000, is scheduled to complete modernisation programme and be delivered to the Polish Navy by 2016.