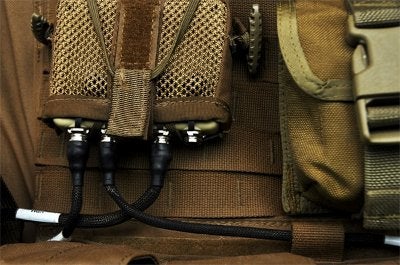 The US Marines are currently testing a new individual, wearable power management and distribution system prototype, known as the marine austere patrolling system (MAPS), at an end-user evaluation in Camp Pendleton, California, to validate its capability.

Developed by the US Naval Surface Warfare Center Dahlgren Division (NSWCDD), the system will enable marines to perform longer patrols without the need to resupply.

Featuring an advanced solar panel and a water filtration system, the system is equipped with flat-form batteries, which will serve as the central source of electrical energy and can be adapted to any equipment’s electrical requirements.

Developed for the Marine Expeditionary Energy Office, the MAPS will directly support the expeditionary energy strategy and implementation plan to deploy marine expeditionary forces that can sustain their own command, control, intelligence and life-support systems.

In addition, the vest enables integration of an advanced, wearable solar panel developed by the Naval Research Laboratory (NRL) to enhance the energy capabilities of marines.

Capable of receiving power from civilian and military vehicles and various commonly-used batteries, the MAPS’s water filtration system will provide safe drinking water from any water source found in the field.

NSWCDD MAPS lead electrical engineer Eric South said: "This type of prototype-level testing is designed to glean user feedback, so when we go into formal testing, it will be with a system that has already been used by marines and has received their feedback."