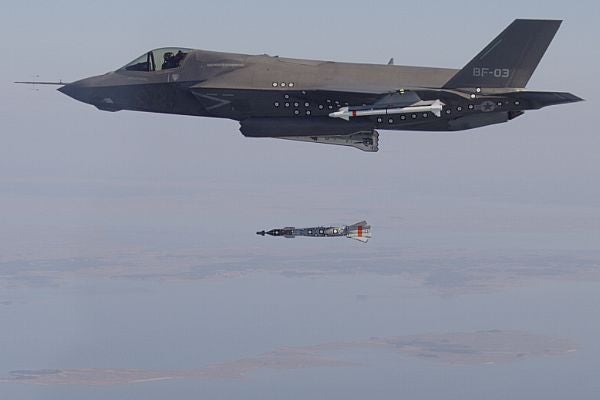 Used in tactically representative engagements, the bombs hit fixed targets while meeting all mission requirements and demonstrated the increased operational utility of the enhancements.

"Delivered to the fleet earlier this year, the enhanced fire-and-forget technology of our DMLGB kits provide naval warfighters with a mature and highly maneuverable all-weather direct-attack capability," Serra said.

The exercises also involved aircrews from the Naval Strike and Air Warfare Center and Air Test and Evaluation Squadron Nine (VX-9) Vampires from the US Naval Air Weapons Station in China Lake, California, US.

More than 65,000 LGB kits and over 125,000 enhanced laser guided training rounds have been delivered to the US Navy, marine corps, air force and international customers to date.

The company has also upgraded more than 7,000 paveway II LGB guidance kits with dual mode, all-weather capability for the US Navy.