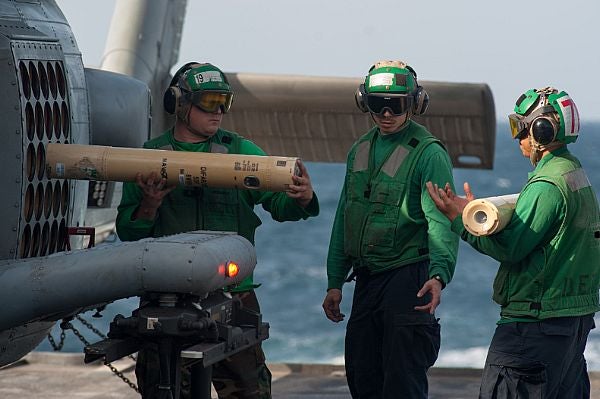 Under the $5.6m and $5.2m production deals to Sparton Electronics and USSI, respectively, ERAPSCO will supply AN/SSQ-53F passive acoustic sensor and AN/SSQ-125 multistatic active coherent (MAC) sonobuoys to the US Navy.

Designed to offer support to the US naval anti-submarine forces, the Q53F and Q125 sonobuoys can detect acoustic emissions or reflections from potentially hostile submarines and transmit these signals to US Navy airborne anti-submarine warfare forces.

"The sonobuoys can detect acoustic emissions or reflections from potentially hostile submarines."

Additional features of the AN/SSQ-53F sonobuoys include electronic function select (EFS) and command function select (CFS), which can be used by the operator for sensor selection and other settings, including buoy life, depth setting, AGC level and RF channel.

Prior to deployment, the AN/SSQ-125’s RF channel can be programmed to any of the standard sonobuoy operating channels and can be changed to its operating parameters or in depths, generate a ping, or scuttle while on a mission.

Scheduled to be completed by April 2015, work under the latest contract will be carried out at Sparton’s facility in DeLeon Springs, Florida, as well as at USSI’s facility in Columbia City, Indiana, US.

Image: Sailors unload sonobuoys from an MH-60R helicopter, stationed onboard a ship. Photo: courtesy of US Navy.