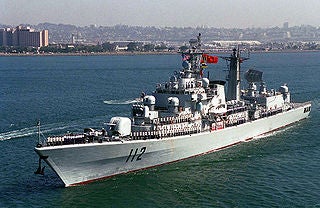 The Chinese People’s Liberation Army (PLA) navy ships have set sail from the port of Qingdao, Shandong Province, off Hawaii waters to participate in search and rescue (SAR) exercises with the US Navy.

Following completion of the joint-exercise with the US Navy, the ships will travel on to Australia and New Zealand to conduct similar exercises.

PLA Navy deputy commander, Xu Hongmeng, was quoted by the news agency as saying that the trip is an important mission of the nation’s military diplomacy and will boost the Chinese Navy’s ability to conduct a range of missions while strengthening friendships with the US, Australia and New Zealand.

News
Australian Navy’s Kakadu 2022 maritime exercise concludes
Data Insights
View All
"The trip will serve to build consensus between China and the US as well as help outline relations between the two countries."

PLA Navy north China sea fleet commander of the fleet and chief of staff, Wei Gang, said the trip will also serve to build consensus between China and the US as well as help outline relations between the two countries.

Xinhua cited Hagel as saying that the trip is aimed "to further increase mutual understanding, to enhance mutual trust, to promote mutual cooperation and to push forward the sound and stable development of our national and military relations."

For the first time, China will take part in next year’s Rim of the Pacific exercise (RIMPAC), the largest multilateral maritime exercise in the world.