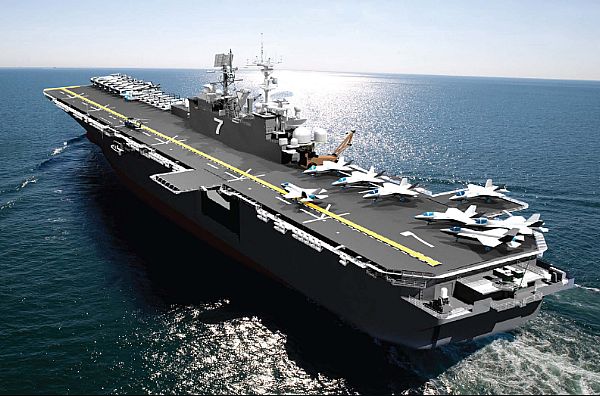 The US Navy has awarded a contract to deliver three AN/SPQ-9B radar systems for amphibious and Arleigh Burke-class ships.

"This is a significant step for Northrop Grumman because it leads the way for a potential of more than 60 DDG-51 radar backfits as well 16 forward fits on the next Flight III destroyers," Hannon said.

The AN/SPQ-9B is an X-Band, pulse Doppler, frequency agile radar designed specifically for the littoral environment and supports a very low false track rate even in high clutter environments.

"The high-resolution radar system will enhance the ability of the host vessel to defend against small high-speed threats."

The high-resolution radar system will enhance the ability of the host vessel to defend against small high-speed threats including surface-skimming anti-ship missiles, and will be integrated with the ships’ fire-control systems.

The multimission radar system can also detect small fast-moving targets in the presence of clutter from ocean waves, rain and land returns, as well as chaff and jamming.

Scheduled to commence in the second quarter of 2014, work under the contract will be carried out at the company’s facilities in Baltimore, US.

Image: artistic impression of the America-class ship. Photo: courtesy of US Navy.