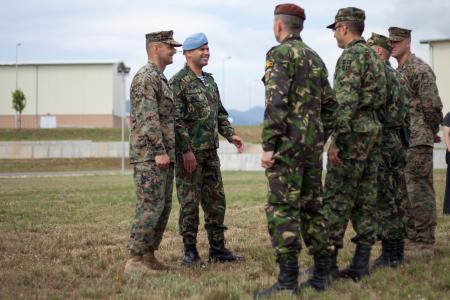 Some 200 US troops with Black Sea Rotational Force (BSRF) 13 will participate in the exercise, which is scheduled to run through all of this month.

During the drill, personnel from participating nations will jointly conduct stability, counter-insurgency and peacekeeping missions to build partnerships, while increasing the overall effectiveness of allied nations.

"The exercise involves exchange of mission-focused knowledge and expertise."

Company G Marines, Weapons Company Marines and BSRF-13 attachments will also work together to demonstrate USMC tactics, techniques and procedures as part of the manoeuvre.

In order to boost each participating nation’s ability to operate independently, the exercise involves exchange of mission-focused knowledge and expertise, while strengthening existing regional partnerships and encouraging new relationships to be established.