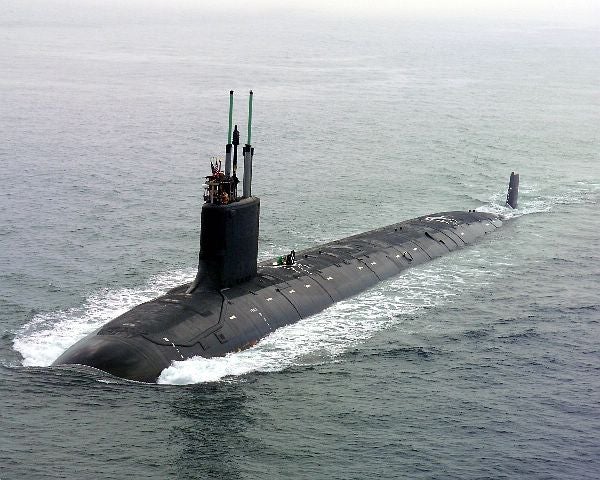 North Dakota (SSN 784) will be named to honour the citizens and veterans of the state and their strong military support from the Frontier Wars through the Cold War.

Designed as an advanced stealth multi-mission nuclear-powered boat, the submarine can conduct missions that include anti-submarine, anti-surface ship, strike, special operation forces, irregular and mine warfare, as well as intelligence, surveillance and reconnaissance missions.

Developed for deep ocean anti-submarine warfare and littoral or shallow water operations, the advanced stealth multimission submarine can operate without refuelling during their planned life with the help of a nuclear reactor power source, which reduces lifecycle costs and increases underway time.

"The advanced stealth multimission submarine can operate without refuelling during their planned life with the help of a nuclear reactor power source."

The General Dynamics Electric Boat and HII-built Virginia-class submarines can cruise at a submerged speed of 25k with a beam of 34ft and carry a crew of 134.

Equipped with 12 vertical missile launch tubes and four 533mm torpedo tubes, the submarines are capable of firing up to 26 mk48 ADCAP mod 6 heavyweight torpedoes and sub harpoon anti-ship missiles from the 21in torpedo tubes.

Till date, Electric Boat and its construction partner, Newport News Shipbuilding, have successfully delivered 10 Virginia-class submarines to the US Navy.