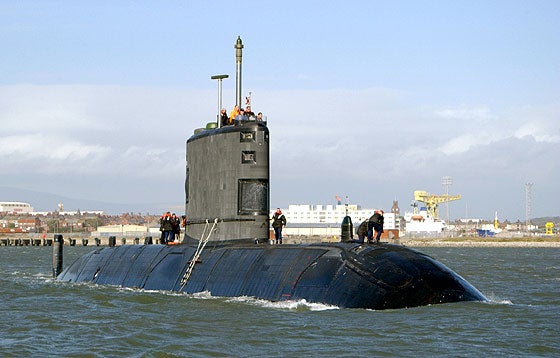 Serving a key role in contributing to the operational effectiveness of the submarines, the towed array sonars are the principal long-range underwater sensor for the submarines.

The Canadian Navy purchased four diesel-electric powered long range patrol submarines from the UK in the 1990s to replace its ageing Oberon-class submarines.

Three submarines are scheduled to be operational this year, with one further vessel set to undergo deep maintenance as part of the ongoing submarine operational cycle.

Armed with six 533mm bow torpedo tubes equipped with air pumped discharge systems, the Victoria-class submarines have a surfaced and dived displacement capacity of 2,168t and 2,455t respectively and can cruise at a surface speed of 12k and dived speed of 20k.

"The towed array sonars are the principal long-range underwater sensor for the submarines."

In February, the Royal Canadian Navy placed orders with UTC to provide services for the ongoing maintenance of the submarine towed array sonars.

Work under the latest contract will be performed at the company’s facilities in Dartmouth, Nova Scotia.