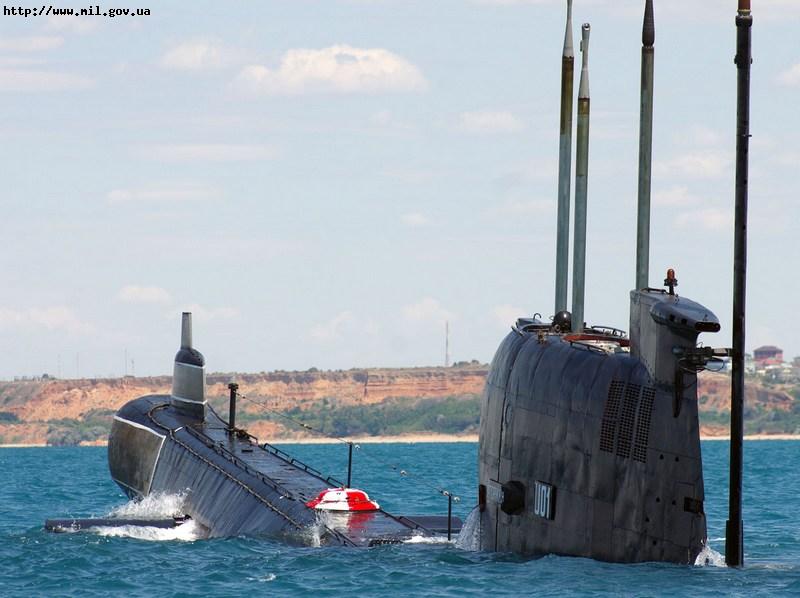 The Ukrainian Navy’s Project 641 diesel-electric patrol submarine Zaporizhia (U-01) has successfully completed a day-long sea trial in the Black Sea.

With assistance from the Russian rescue ship Epron, the submarine was successfully submerged in the Black Sea to validate its operational capabilities.

During the trial, the submarine also validated its engines at full speed, as well as its electric motors, battery and the sonar system while cruising at a maximum speed, a senior Navy official said.

As part of the trial, the submersion zone was patrolled by Ukrainian Navy’s anti-submarine helicopter, Kamov Ka-27 while the representatives from the Repair Company checked on Zaporizhia’s operating characteristics and theoretical calculations.

Part of the USSR Northern Fleet, which was turned over to the Black Sea Fleet, the submarine had been undergoing repairs since 1991, with technical maintenance support from Russia and was later adopted by the Ukrainian navy in 1997.

The Defence Ministry has been postponing the date of completion of the repair of the submarine due to lack of funds, according to the Ukrainian News Agency.

Built in 1972 under the Nato classification, the 91m-long submarine has a surface speed of 16.4k, a submerged speed of 16k and features low radar and noise signatures, according to Zee News.

Expected to enhance the Ukrainian Navy’s combat capability, the submarine will be deployed for patrolling the Black Sea, and to conduct rescue and anti-terrorism operations.

Since the beginning of 2012, Zaporizhia has successfully completed three trials and also participated in the Ukrainian-Russian exercise Farvater Myru 2012 at the end of May 2012.