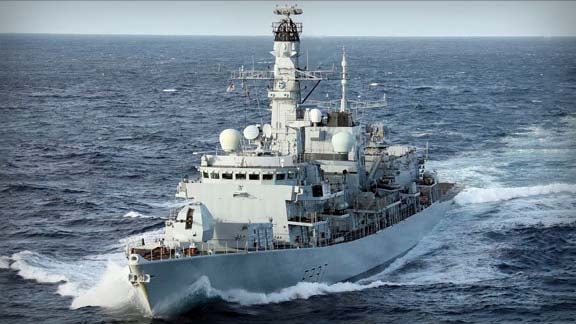 The UK Royal Navy’s Type 23 frigate, HMS Westminster, and a Trafalgar-class submarine have participated in the Exercise Arabian Shark 2012, aimed to train and test coalition navies readiness to deal with submarines.

The two British warships participated in the war games alongside navies from the US, Saudi Arabia and Pakistan in the Gulf of Oman, in performing hunt and kill operations.

The Trafalgar-class submarine (T-boat) and the US Navy’s USS Pittsburgh frigate led a seven-strong naval task group as the exercise drew to a close.

The exercise was intended to strengthen military relationships and improve the war-fighting techniques of all the navies involved.

"We are working together to ensure security and stability at sea."

Westminster’s principal warfare officer (underwater) lieutenant Thom Hobbs said the Arabian Shark was a significant international exercise allowing for the strong bonds between the participating nations to be reinforced.

"We are working together to ensure security and stability at sea," Hobbs said.

Since January 2012, HMS Westminster has been deployed as part of the 25-nation Combined Maritime Forces counter-piracy task force and disrupting pirate activity and will now resume its maritime security role in the Indian Ocean.

Westminster is scheduled to return to its home port in August 2012.

Image: HMS Westminster has been deployed to perform wider maritime security role in the Indian Ocean. Photo: courtesy of the UK Royal Navy.