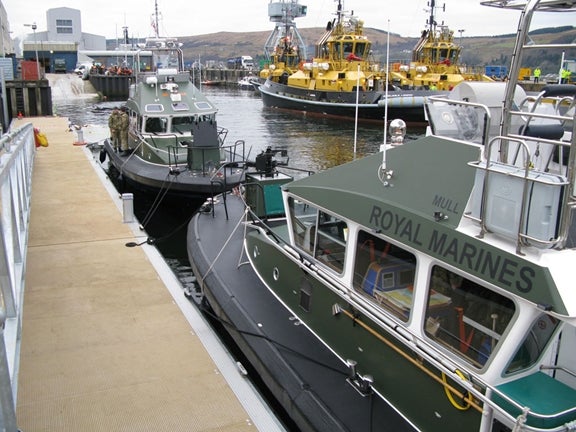 Known as Mull and Rona, the two former MoD police boats have undergone a modernisation programme at the manufacturer’s facility in Anglesey, Wales, and have been delivered to 43 Commando Fleet Protection Group Royal Marines (43 Cdo FPGRM).

"The new Island-class vessels offer us everything an ORC can but with a number of key improvements."

The Island-class vessels are versatile and will be used to support missions such as protection and patrolling duties on the Gare Loch, Loch Long and on the Clyde.

In addition to upgrades of upper decks as part of the refit programme, the boats have been installed with three new weapon mount positions, enhanced protection for coxswains and crew, as well as an improved communications package.

43 Cdo’s R Squadron Colour sergeant Sid Blake said: "The new Island-class vessels offer us everything an ORC can but with a number of key improvements."

During testing, the boats demonstrated their full range of capabilities to Royal Marine officials.

"They are highly versatile vessels and give us the ability to rotate the crew and gunners through the protection offered by the heated cockpit," Blake added.