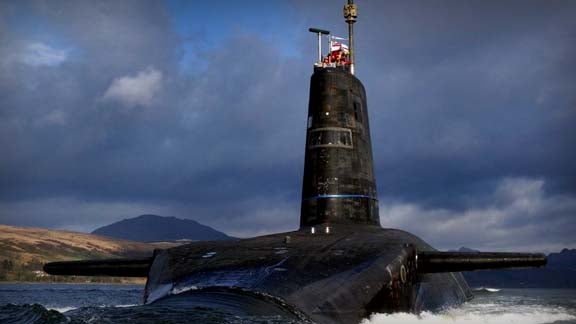 The UK defence secretary Philip Hammond will unveil the £1bn contract deal for the design and development of a new generation of nuclear weapons for a new class of submarines later this week.

Aimed at maintaining a credible nuclear deterrent at sea, the deal is part of the UK Ministry of Defence’s (MoD) plan to develop new submarines to replace the current Trident nuclear missile equipped Vanguard-class vessels at a total cost of up to £20bn.

Hammond said that the government was ‘committed to maintaining a credible nuclear deterrent’.

"The decision on whether to build them won’t be taken until 2016," he said. "What we’re doing now is ordering the things we have to order now to give us that option."

"The decision on whether to build them won’t be taken until 2016. What we’re doing now is ordering the things we have to order now to give us that option."

In May 2012, the UK MoD selected BAE Systems, Babcock and Rolls-Royce for contracts worth £350m to design and develop nuclear-armed submarines.

Rolls-Royce is expected to receive the contract to build two reactors, one for the Royal Navy’s seventh Astute class attack submarine and the second for a new ballistic missile submarine, while the MoD will fund an 11-year refit of the nuclear reactor plant.

A senior MoD source added: "These cutting-edge reactors will support the UK’s submarines for decades and are a vital part of ordering long lead items for the new nuclear deterrent submarines."

The UK Royal Navy currently operates four Vanguard-class submarines, which were planned to be decommissioned in 2022 as part of the Strategic Defence and Security Review (SDSR), but were extended until 2028.