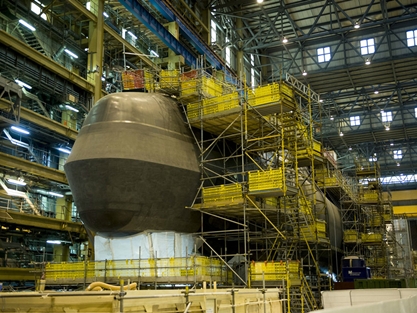 The UK Ministry of Defence (MoD) is set to fund more than £300m for modernisation of the BAE Systems Barrow-in-Furness site, to enable it to build the next generation of nuclear submarines for the Royal Navy.

Employing around 850 contractors, the eight-year programme includes both new build facilities and the refurbishment of existing infrastructure in preparation for the construction of the Royal Navy’s future nuclear deterrent submarines, known as Successor.

BAE Systems Maritime submarines managing director Tony Johns said: "The site redevelopment programme is fundamental to the future of the company’s business and ensures that the company remains at the forefront of submarine design, build, test and commissioning.

"The Successor programme to replace the Vanguard class submarines remains subject to final approval in 2016, but it is vital we begin these improvements now in order to achieve the Government’s target of having the first submarine in service by 2028."

With demolition of some existing buildings to start in April, the programme includes an extension to the Devonshire Dock Hall construction facility to include a new manufacturing and installation facility as well as refurbishment of the site’s main fabrication facility, together with its existing plant and machinery.

"The next generation nuclear-deterrent submarines will be the Royal Navy’s largest and most advanced."

The programme also includes two new major buildings that will house pressure hull units ready for shot blast and paint and the integration of submarine equipment modules as well as an intention to build a 28,000m² off-site logistics facility to store submarine parts and materials within the local area.

UK Defence Secretary Philip Hammond said: "The next generation nuclear-deterrent submarines, to be built in Barrow, will be the Royal Navy’s largest and most advanced submarines ever operated.

"The £300m of infrastructure work that will take place over the coming years will not only protect 6,000 highly skilled jobs at the site, but also provide thousands of additional construction jobs."