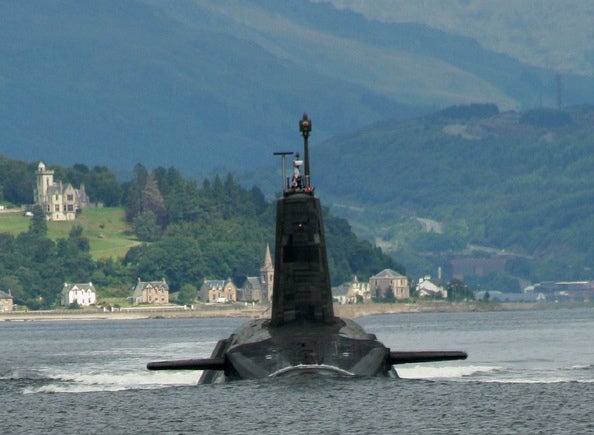 The UK Ministry of Defence (MoD) is expected to award contracts worth £350m for the new nuclear-armed submarines design this week, in a bid to replace the UK’s current nuclear deterrent, Trident, a government official said.

The move comes in spite of Liberal Democrat Minister Nick Harvey’s plans to consider a cheaper alternative nuclear deterrent for the Trident system instead of acquiring a costly new nuclear submarine fleet.

Following the government announcement, the selected British companies will begin initial design work on the submarines, an undisclosed British government official told Reuters at the Nato summit in Chicago.

The four Vanguard-class submarines currently operational with the UK Royal Navy were planned to be decommissioned in 2022 as part of the Strategic Defence and Security Review (SDSR), but were extended to 2028.

The Vanguard-class submarines, equipped with Trident nuclear missiles, will be replaced with the new submarines, aimed to maintain nuclear deterrent capability at sea.

Equipped with a new nuclear propulsion system, to make the vessel more durable and cost-effective, the new submarines are due to enter service with the Royal Navy in 2028.

A senior government source said: "This is an important step towards renewing our nation’s nuclear deterrent into the 2060s."

"The Royal Navy has been operating continuous at-sea deterrent patrols for more than 40 years and the successor submarines will allow us to do so well into the future with cutting-edge equipment," the source added.

BAE Systems and Rolls Royce are the companies expected to win design contracts.