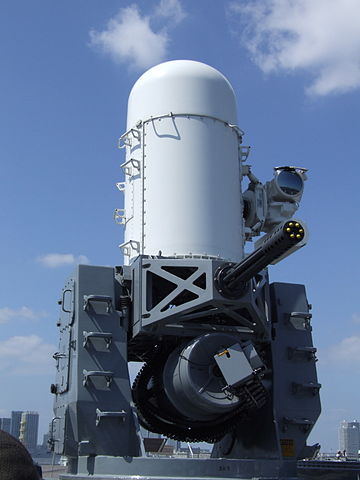 The UK Ministry of Defence (MoD) has awarded a £42.8m contract to Raytheon to provide a total of five Phalanx Block 1B close-in weapon systems for the Royal Navy.

"The constant evolution of the threat demands the most successful and reliable method of protection, which Phalanx provides," he said.

The rapid-fire, computer-controlled radar Phalanx can automatically acquire, track and destroy enemy threats that infiltrate the ship’s other defence systems.

"The constant evolution of the threat demands the most successful and reliable method of protection, which Phalanx provides.”

In addition to a 20mm Gatling gun to fire armour-piercing rounds at 3,000 or 4,500 shots in one minute, the Phalanx block 1 configuration features advanced search-and-track Ku-band radar with closed-loop spotting technology to provide autonomous target detection and engagement.

Deliveries of the weapon systems to the UK MoD are scheduled to begin in 2013, while Babcock Marine will provide installation and in-service support.

Raytheon has delivered more than 890 Phalanx weapon systems to navies of 25 nations to date.