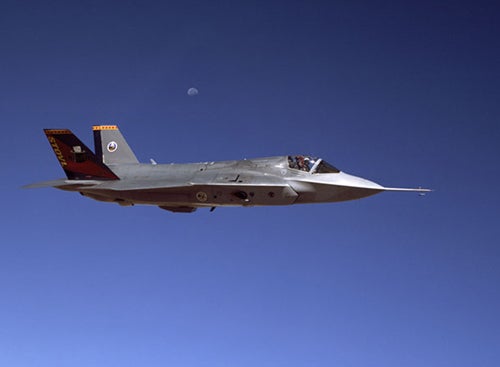 The UK Ministry of Defence’s (MoD) carrier variant of the F-35 Lightning II joint strike fighter (JSF) purchase bill may rise due to the US Department of Defense’s (DoD) military budget cuts.

The recently revealed US defence budget for fiscal 2013, starting October 2012, has estimated the price of the aircraft for the US military at about $153m.

The rise in the price will leave the MoD with funds for fewer aircraft, which are intended to replace the Harrier on the Royal Navy’s new aircraft carrier by 2020.

The White House’s former National Security Council senior director for Defence Policy Barry Pavel was quoted by The Daily Telegraph as saying that if the costs go up it is likely that the UK won’t be able to afford as many planes.

"It’s going to be really tough for Britain as economic projections remain negative. The government is going to have to cut public spending again and that will cause them to reassess not only the JSF but their broader defence programme," Pavel added.

A MoD spokeswoman, however, said that the first JSF will be delivered by this year for test and evaluation purposes and the ministry remained committed to purchasing the carrier variant.

The F-35 is being developed in three variants by Lockheed Martin, including a conventional takeoff and landing (CTOL) variant for the USAF, a carrier variant (CV) for the US Navy and a short take-off and vertical landing (STOVL) aircraft for the US Marine Corps and UK Royal Navy.

The JSF programme is principally financed by the US, with additional funding from the UK and seven international partners, namely Australia, Canada, Denmark, Italy, Netherlands, Norway and Turkey.

Image: Britain may not be able to afford F-35 carrier-based variant (CV) as planned.