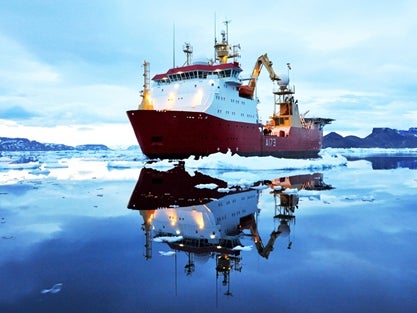 The UK Ministry of Defence (MoD) has decided to scrap the Royal Navy’s former Antarctic Ocean Survey ship HMS Endurance (A171) by 2015, due to its high repair cost.

HMS Endurance, also known as Red Plum, was severely damaged by flooding when seawater flooded the engine room, leaving the Endurance without power or propulsion, off the Chilean coast in 2008.

A MoD spokesman said: "Given the level of damage sustained and the subsequent deterioration of the ship, it was not considered economically viable to repair her."

In 2011, HMS Endurance was replaced by HMS Protector, which has undergone a £5m upgrade programme, involving improvement of the communications systems and equipping hydrographic equipment, including a survey motor boat.

"It was not considered economically viable to repair her."

HMS Protector was leased from Norwegian company, GC Rieber Shipping, for three years as a replacement for HMS Endurance.
Capable of accommodating a crew of 88, the 89.7m-long ship has a displacement capacity of 5000t and can cruise at a top speed of 15k.

The ship can support the hydrographic and oceanographic work, as well as provide a UK Sovereign presence in the British Antarctic Territory, South Georgia and the South Sandwich Islands and their surrounding maritime areas.

In addition, the HMS Protector will meet the UK treaty obligations and conducts inspections, hydrographic charting and support to scientific research, under the Antarctic treaty system.