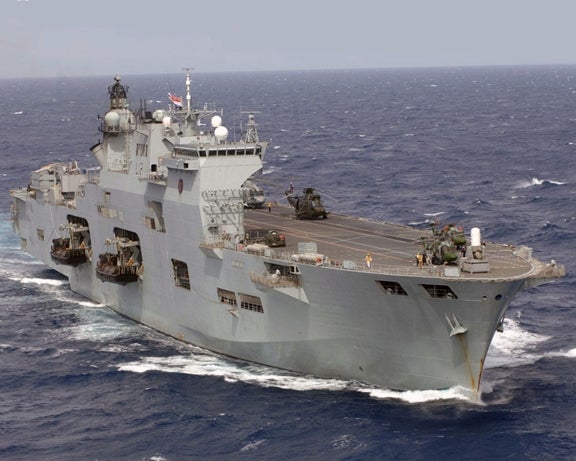 Under the £65m refit contract, Babcock will provide updates and improvements for Ocean’s radar, gun, command system and living quarters.

UK Defence, Equipment, Support and Technology minister Philip Dunne said that the contract would enable the ship to remain a significant, highly flexible and capable warship for the navy while securing hundreds of jobs within the UK.

“HMS Ocean plays a crucial role supporting operations as we saw during the Olympics and the Libya campaign and it is essential that we continue to invest in the upkeep of this formidable vessel.”

"HMS Ocean plays a crucial role supporting operations as we saw during the Olympics and the Libya campaign and it is essential that we continue to invest in the upkeep of this formidable vessel," Dunne added.

Work under the 15-month contract will be performed at the company’s facility at Devonport Royal Dockyard in Plymouth, UK, and involves support services procured from more than 70 contractors.

As well as participating in the Libya mission, HMS Ocean has supported various military missions since its deployment with the Royal Navy including humanitarian and disaster relief missions.

With a range of 8,000m, the frigate is powered by two Crossley Pielstick 16 PC2.6 V 200 medium-speed diesel engines and can cruise at a maximum speed of 18k.