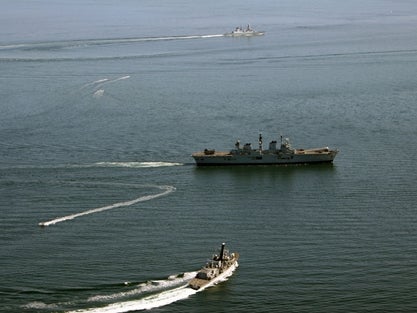 The UK-led Exercise Joint Warrior 2013 has concluded off the coast of Scotland, in what is Nato’s largest exercise for enhancing combat skills of participating nations.

The exercise involved nearly 12,000 soldiers, which included 5,250 from the UK, as well as personnel from the Netherlands, Canada, France, Denmark, Belgium, Norway, Poland, Sweden, German, Scandinavia and the US.

During the two-week drill, personnel conducted crisis and conflict situations, covering disputed territory, conventional and non-conventional maritime and amphibious threats such as counter-piracy and terrorist activity, as well as mine-counter-measures missions.

Royal Marines 3 Commando Brigade commander brigadier Martin Smith said that the amphibious operations during the training helped bridge the gap between the sea and the land.

"We are re-learning our core amphibious business, as well as driving our capability into the future with new Viking vehicles, new weapons and new communications equipment."

"We are re-learning our core amphibious business, as well as driving our capability into the future with new Viking vehicles, new weapons and new communications equipment," Smith added.

UK Task Group commander commodore Paddy McAlpine said: "This amphibious task group has the flexibility to react to anything from humanitarian assistance to conventional war fighting against a uniformed enemy; this is what we have been able to exercise and prove during Joint Warrior; that we can fight at and from the sea."

Conducted twice a year by the UK, the Joint Warrior exercise has been designed to test the allied nation’s personnel with intense air, surface and underwater threat training.