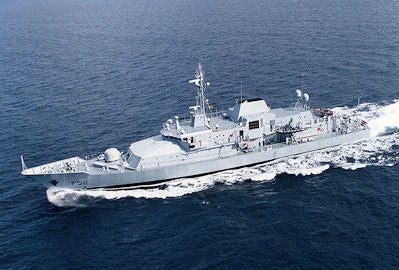 Trilogy has been selected to supply its Mercury IP communications systems for installation on board the Irish Navy’s two newly built offshore patrol vessels (OPV).

The system also enables uninterrupted communication within the radio networks as well as point to point or group/conference calls between the networks.

The Trilogy 16 key panels allow users to communicate with singularly or in groups to either individual or groups of other panel users.

The second system features a standard MIU with plug and play user interfaces, to provide optimum performance without the first system link in challenging environment, and a PC based virtual panel.

Using the second Mercury systems, users can simply and quickly connect in the pre-configured work groups through one of the seventeen plug and play user interfaces.

The scalable Mercury system enables command and control structures to be equipped with the fullest operational environment on OPVs while providing a strategic and tactical advantage.

The two Babcock-build 90m-long OPVs are scheduled to enter operational service with the Irish Naval Services in January 2014 and January 2015 respectively to fulfil coastal and offshore security requirements for the next 25 years.

Image: Irish Navy OPV will support the coastal and offshore security requirements for the next 25 years. Photo: Trilogy.