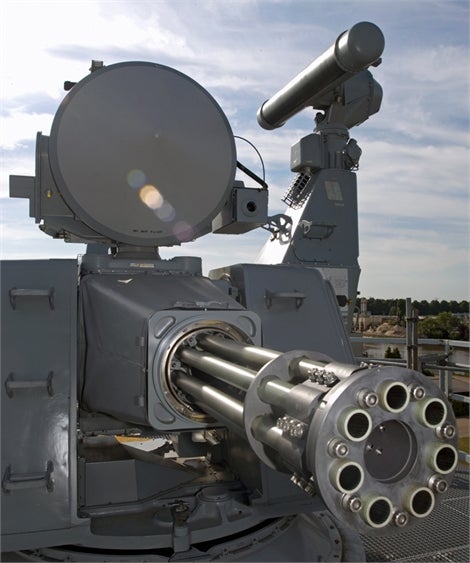 The Netherlands Ministry of Defence (MoD) has awarded a contract to Thales Nederland to upgrade its Goalkeeper close-in weapon systems (CIWS), which are currently in use with the country’s navy.

Under the contract, the company will modernise 16 Goalkeeper systems and resolve a number of obsolescence issues to provide the navy with the ability to deal with existing and emerging threats.

"The updates are expected to enable the system to remain operationally deployed until 2025."

New algorithms and electro-optic tracking capabilities will be used to enhance prediction and improve multi-goalkeeper deployment capabilities of the system, as well as enabling them to destroy modern missiles.

Developed in the 1980s, the updates are expected to enable the system to remain operationally deployed until 2025.

The Goalkeeper system has been designed as an autonomous and fully automatic system against highly manoeuvrable missiles, aircraft and fast manoeuvring surface vessels.

In addition to search and track radars, the system comprises 30mm, 7-barrel Gatling gun with special missile-piercing ammunition that can destroy missile warheads.

At present, the system is also in service with navies of Belgium, Chile, Portugal, Qatar, South Korea, the UAE and the UK.

Work under the modernisation contract will be performed at the naval base in Den Helder, the Netherlands, with first system delivery scheduled to be complete in 2015.

The modification contract enables Goalkeeper to extend its service until 2025.

The contract also has an option for two Goalkeeper systems installed on the Royal Belgian Navy’s M-class frigates.