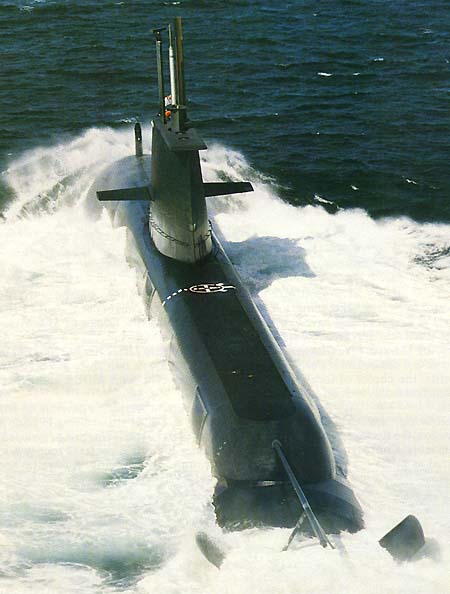 Under the $22.2m contract, Thales will replace obsolescent electronic components to enhance reliability while reducing space, weight and power requirements.

The company will install modern commercial off-the-shelf (COTS) components to replace existing equipment in the Scylla signal processing cabinets and re-host the software.

"The updating of this equipment is key to ensuring our Collins-class submarines remain operationally capable and reliable," Clare added.

"The updating of this equipment is key to ensuring our Collins-class submarines remain operationally capable and reliable."

Thales Australia CEO Chris Jenkins said, "The Collins-class submarines have a very capable sonar suite, but time has moved on and we are now leveraging advances in technology to deliver an important update that will treat obsolescence and result in substantial space, power and weight savings."

Following the completion of sea trials in 2013, the upgrade work is scheduled to be completed on the first of six submarines in 2014.

The submarines have been designed to carry up to 22 missiles and torpedoes, as well as six 533mm forward torpedo tubes with air turbine pump discharge.

For the next four years, the Australian Government has provided additional funds of $700m in support of Collins-class submarine sustainment programme.

Work under the recent contract will be carried out at the company’s facility in Rydalmere, New South Wales.