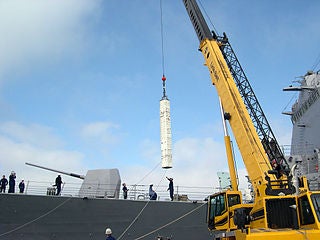 The US Defense Security Cooperation Agency has notified US Congress of a potential foreign military sale (FMS) of Evolved Sea Sparrow Missiles (ESSM) and associated equipment, parts, training and logistical support to Thailand.

The package also includes publications and technical documentation, personnel training and training equipment, US Government and contractor engineering, technical and logistics support services, and technical assistance, in addition to other related elements of logistical and programme support.

“The missiles will assist the frigates from the Royal Thai Navy in developing and maintaining a reliable ship self-defence capability against current and future threats from anti-ship weapons.”

Expected to support the foreign policy and national security of the US, the missile capability will help bolster Thailand’s regional security and improve interoperability with the US military during operational and exercise programmes.

The missiles will assist the frigates from the Royal Thai Navy (RTN) in developing and maintaining a reliable ship self-defence capability against current and future threats from anti-ship weapons.

Fitted with a new rocket motor, the ESSM is an upgrade of the RIM-7 Sea Sparrow missile, developed by Raytheon with an international co-operative effort of ten Nato countries.