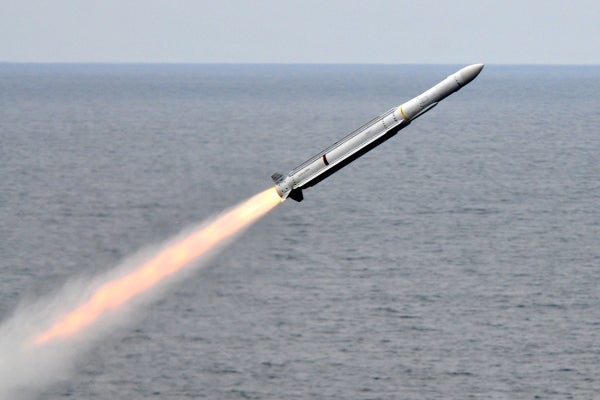 The US Government has agreed to sell nine Evolved SeaSparrow missiles (ESSM) to the Royal Thai Navy for installation onto its two Naresuan frigates, which are currently undergoing a modernisation programme.

A letter of offer and acceptance has been signed between both parties for the capability, which includes equipping each ship with up to 32 ESSMs.

With the help of an Mk25 Quad Pack canister, the Thai ESSMs will be launched from an Mk41 eight-cell vertical launch system.

The missiles will assist the two Naresuan frigates in developing and maintaining reliable ship self-defence against threats from anti-ship weapons.

"The missiles will assist the two Naresuan frigates in developing and maintaining reliable ship self-defence against threats from anti-ship weapons."

Fitted with a new rocket motor, the ESSM is an upgrade of the RIM-7 Sea Sparrow missile developed by Raytheon with an international co-operative effort of ten Nato countries.

The company is currently testing a new ground-launched version of the ESSM, which was recently launched to counter late-detect and highly capable land threats.