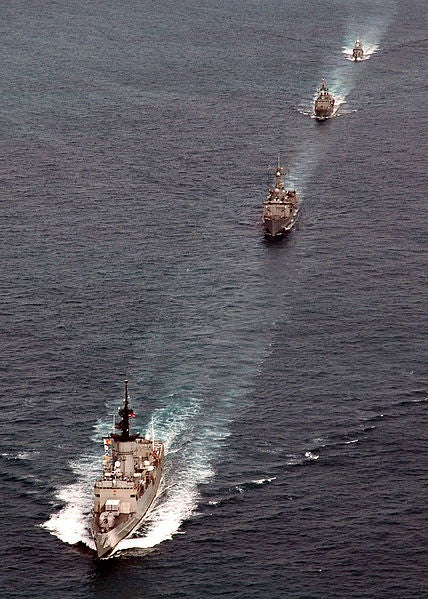 The Thai Government’s Yingluck Cabinet has granted approval to use $1bn for acquiring two medium-sized frigates over a ten-year period, starting from the current fiscal year, to boost the country’s naval capabilities.

Thai Navy chief admiral Surasak Rounroengrom said that the navy was still seeking an ad-hoc procurement committee’s studies and suggestions regarding the procurement of the two ships.

Options the navy is considering are the China-built 4,000t Type 054A Jiangkai II frigates, worth $255m each, and the German-designed 3,700t Bremen-class F122 frigates, according to an unidentified high-ranking navy officer.

Thailand is also looking at options for an entirely new or second-hand frigate with a displacement capacity of approximately 4,000t, based on preferences specified by commanding admirals.

With plans to use the ships for conducting patrols territorial waters in the Gulf of Thailand and Andaman Sea, the frigates are also expected to support simultaneous anti-aircraft, anti-surface ship and anti-submarine naval missions.

Four second-hand Type 053T Jianghu frigates are currently operational with the Thai Navy. The vessels have a displacement capacity of 400t, speed of 32k and a range of 4,000nm.

HTMS Phutthayodfa Chulalok and HTMS Phutthalertla Napalai are due for decommissioning in 2015.