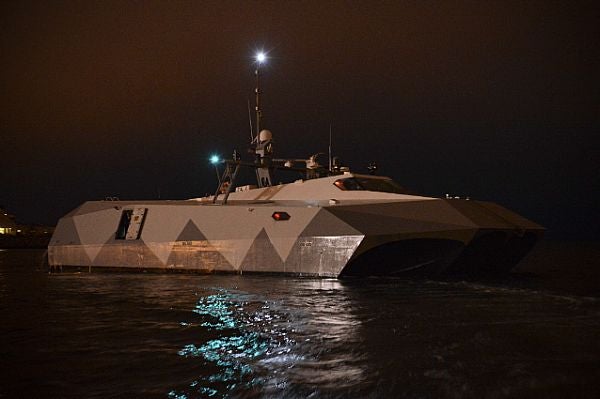 Terma has successfully conducted testing of its Scanter 6000 X-band naval surveillance radar demonstrated its capability, in the southern section of the Chesapeake Bay, in and around the Chesapeake Bay Bridge Tunnel.

During the trials, conducted onboard the US Department of Defense’s Stiletto experimental craft, the Scanter 6000 radar demonstrated its ability to reliably and consistently detect and track extremely small surface contacts.

In addition to detecting and tracking the 7m rigid-hulled inflatable boat (RHIB) under various manoeuvring scenarios, the radar validated its capability for simultaneous shipping and navigation, and overtaking and passing of vessels under various test conditions.

Operating under a limited purpose cooperative research and development agreement (LP-CRADA) with the Naval Surface Warfare Center Carderock (NSWCCD), Terma has integrated the radar with 12in fan beam antenna with upgraded processor and software for the formal testing.

"The trials aimed to validate the radar’s capability to reliably and consistently detect and track extremely small surface contacts."

"We tested this with the targets by themselves and in a more challenging scenario of placing them in close proximity to a large contact. In this case we located them within 50m of the Chesapeake Bay Bridge Tunnel," Moore said.

"We were able to gather data useful to the continued refinement of the tracker and also document the outstanding performance of the Scanter 6002 radar as tactical surveillance radar in a naval shipboard environment."

The Scanter 6000 radar has been designed specifically to detect and track small surface targets, even in severe weather conditions such as rain, fog, dust and snow, from very close range and out to the radar horizon.

Image: A US Navy’s high-speed experimental boat Stiletto at sea. Photo: courtesy of US Navy.