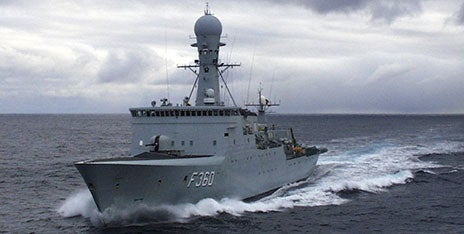 Terma has been awarded a contract by the Danish Defence Acquisition and Logistics Organisation (DALO) to provide Scanter 4100 radar and C-Flex command and control C-Flex in support of the Royal Danish Navy’s Thetis-class Ocean Patrol Vessels (OPVs) mid-life upgrade programme.

Under the contract, Terma will deliver four Scanter 4100 radars and C-Flex systems for the Svendborg Skibsværft-built Thetis-class OPVs refit programme, scheduled over the next four years.

The company will also provide spare parts and technical assistance, as part of the contract while the first radar is expected to be operational in mid-2014 and the remaining radars by the end of 2014.

Designed to replace the ship’s existing C3 solution, the C-Flex command and control system can integrate the shipboard sensor and weapon systems to produce a real-time situational awareness display while supporting the full mission cycle in maritime domain security and surveillance.

"The C-Flex command and control system can integrate the shipboard sensor and weapon systems to produce a real-time situational awareness display."

Capable of providing a high-resolution situational awareness picture for all missions, from search and rescue to missile detection, the Scanter 4100 system features the newest software and electronics to provide a significant enhanced performance.

In addition to offering unsurpassed small target detection in close range and up until the radar horizon in all weather conditions, the radar can also be used aboard unmanned aerial vehicles (UAVs) and helicopters.

The contract has options for procurement of four additional radar systems for training purpose.

Meanwhile, the company has also been selected by Ultra Electronics to provide the Scanter 4100 system in support of the Indonesian Navy’s first Fatahillah-class corvette mid-life modernisation programme.

Earlier, Ultra had received a contract from the Indonesian Ministry of Defence (MoD) to perform the development, installation and integration of a new combat management system on the first Fatahillah-class corvette.