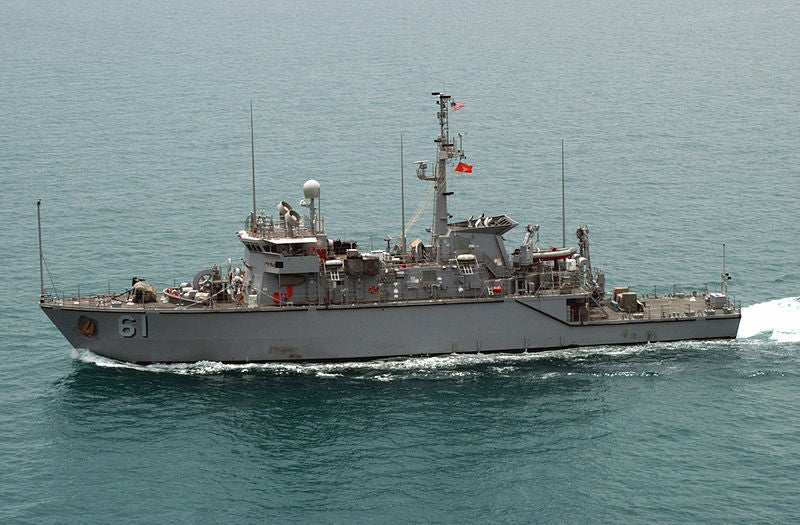 The Taiwanese Navy is expected to receive two Northrop Grumman-built Osprey-class coastal minehunting ships, USS Oriole and USS Falcon, in the second half of 2012 from the US.

A Navy spokesman told Agence France Presse that the delivery is part of the $6.4bn arms package, notified to US Congress in January 2010, to supply two decommissioned minehunters to Taiwan’s navy.

According to the state Central News Agency, the ships will be delivered to Taiwan in July and commissioned into service in October 2012.

The refitted and reactivated ships will benefit Taiwan’s navy by bolstering its minehunting and minesweeping capabilities to counter naval mines in the Taiwan Strait.

Capable of detecting, classifying and destroying mines, the ships will also increase the navy’s capabilities against Chinese mining operations.

The 895t Osprey-class ships uses sonar and video equipment to detect moored and undersea mines and a remote-controlled mine detonating device and have been designed to withstand the sudden shock resulting from undersea explosions, a military expert said.

The US Navy’s 12 Osprey-class ships are currently being replaced by the new Littoral Combat Ship (LCS) vessels, which have mine countermeasures capability.

Taiwan has also planned to procure four Oliver Hazard Perry-class frigates, built in the 1980s, from the US navy to replace its fleet of eight Knox-class frigates.