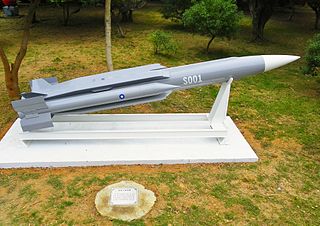 Developed by Chungshan Institute of Science and Technology (CSIST), the Hsiung Feng III missile possesses an operational range of 400km and cruises at a speed of 3Mach, reported United Daily News.

Defense News cited CSIST officials as saying the road-mobile launch vehicle’s launch canisters were same as the ones for ships.

The trailer was manufactured locally while truck was developed by DAF Trucks under Paccar, officials said.

"The Hsiung Feng III is a short-range, surface-to-surface cruise missile designed to intercept a wide range of enemy ships and land-based targets at ranges of up to 130km."

Currently, Hsiung Feng III missiles are deployed aboard the Taiwan’s Cheng Kung-class vessels as well as some of the Ching Chiang-class patrol ships and Ingalls Shipbuilding-built Kidd-class destroyers.

A US defence official said the US government will not object Taiwan’s development of advanced missile systems including land-attack systems, provided that the missile technology control regime does not violate.

The Hsiung Feng III is a short-range, surface-to-surface cruise missile designed to intercept a wide range of enemy ships and land-based targets at ranges of up to 130km in all weather conditions, according to globalsecurity.org.

Capable of integrating with a variety of guidance systems, the Hsiung-feng III missile can be operated as a ship-to-ship, land-attack or anti-radar missile.